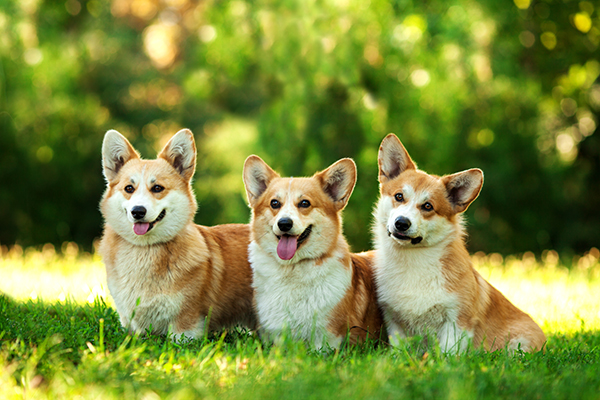 Sleep Over has been optioned for adaptation to the screen, which I am very excited about!  Everything is sort of slow going at the moment as you may know though, but I’ll keep you posted.

For a break while I’m hard at work writing, I enjoy putting together educational posts about animals.  This one took a turn for the etymological…

I want to start posting them here, not just to reddit.  I put a lot of work into this one and I would like to use my website platform a bit more, so here we go.

I will say that I sometimes forget not everyone has tinkered with their web browser like I have; if you don’t already have the Chrome extension that lets you mouse-over image links for a pop-up view, I cannot recommend it enough; you can just get a little visual to go with things a lot of the time instead of having to click and leave a page. A lot of my linked text is actually just a picture 😉

Well folks this might be my strangest (and longest) awwducational post yet; it’s one third aww (awwviously corgwn -remember, corGOON– are cute as heck!), one third history, and one third language/etymology facts! Hope there’s something for everyone 😀

Onwards! I figure if we can all switch over from calling Phở “foe” to calling it by the proper “fuh“, surely we can get the plural of corgi to be as it should!

So WHY it is that we don’t use the proper word for a pile of corgwn? 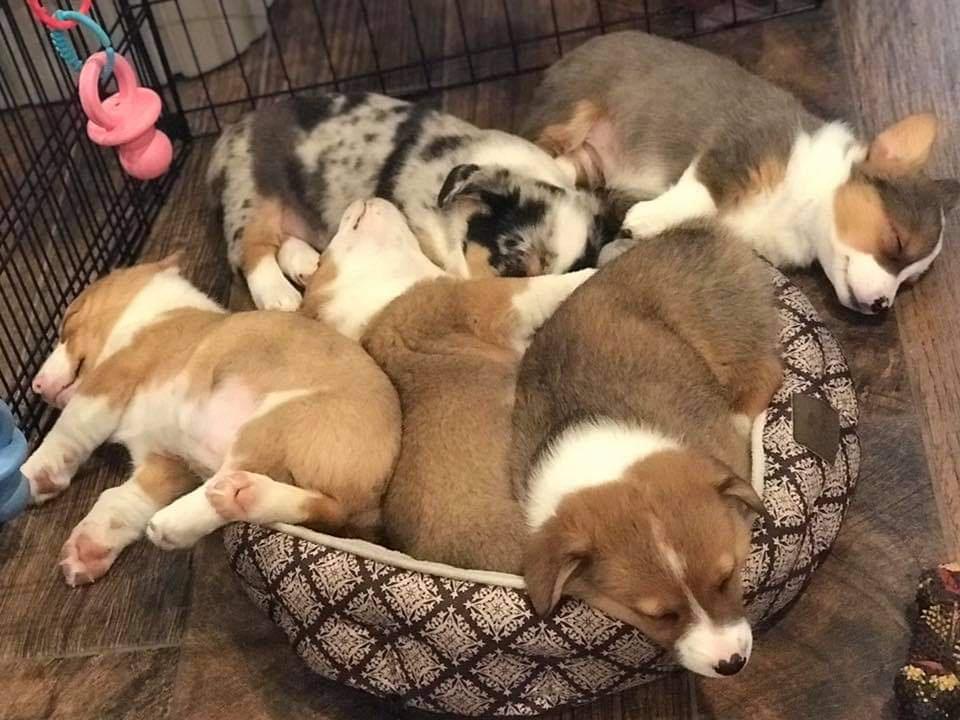 Culture erasure. In a single sentence: the English have historically been prejudiced against the Welsh language, and they have tried to suppress the use of the Welsh language. (Source 2) That erasure still echos into our time, in language remnants like this corgis/corgwn thing; let’s do our part to update our language. 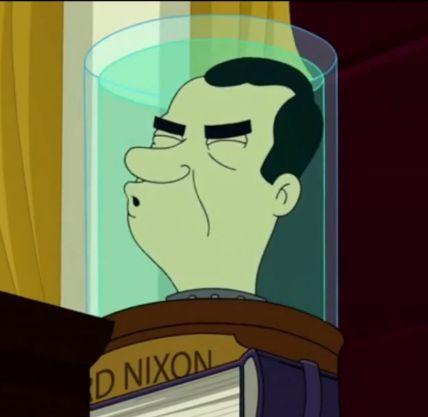 I initially learned about this from an episode from the podcast “No Such Thing as a Fish”, where the final fact in that episode is that:

“The English language has more words borrowed from the Hawaiian language than it does from the Welsh language.”

And you’re not alone if you’re wondering how Wales, England, “The UK”, and the whole general British malarky are actually divided up and named; would you like to spend 5 minutes to learn about The Difference between the United Kingdom, Great Britain and England?

Now onto facts about, not just one corgi, but all corgwn (corgoon)! Because I know why you’re here (and I hope you’ll forgive me for tricking you into learning an etymology thing at the same time).

But first, obvs, PICTURES OF CORGWN! 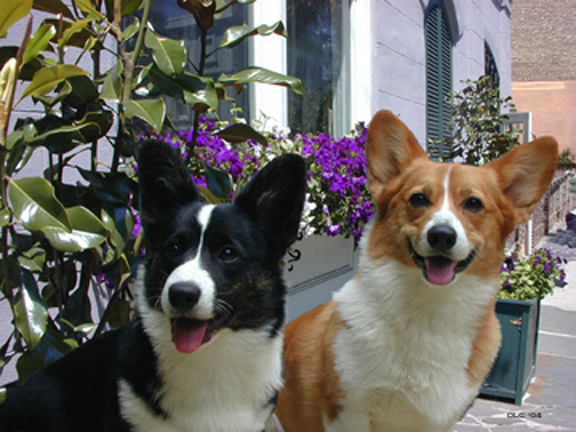 Source. There are two breeds of corgwn; seen here on the left is a Cardigan Welsh Corgi, and on the right is a Pembroke Welsh Corgi. 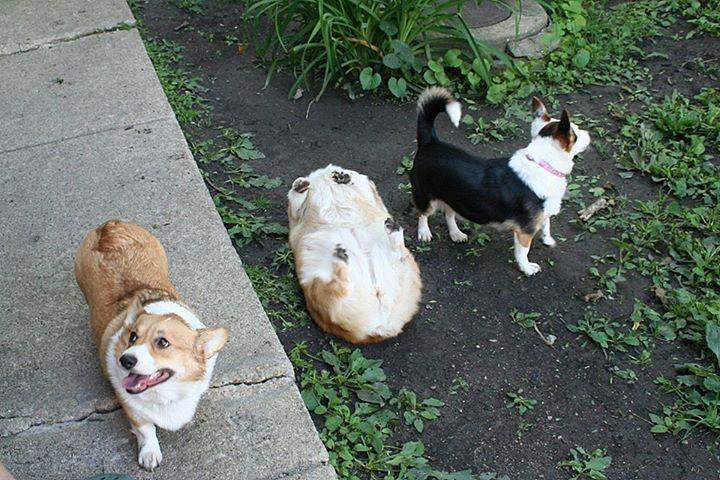 Here is an album with a ton of cute pictures of a corgi with amazing facial expressions!

Also, the source for the image I submitted is here.

Okay it’s language time because I am a writer and for some reason words and etymology really floats my boat, really peels my grapes, really darns my socks.

Sources for notes on the proper pronunciation are here.

And see here for the specific usage notes, which read:

Also: “The Pembrokeshire Corgi Handbook” (1952) by C.L.B. Hubbard states: “The plural of Corgi is Corgwn and not Corgis.”

I see “or” and “or” and I’m like fool of a Took! I really liked saying “go for foe” but we have to be proper twenty-first century citizens.

I must admit that the spelling is tripping me up a bit… But it’s definitely “corGOON”, I’ve some sources just to back me up. I really wanted to be sure on that, and it wasn’t just the accent of the podcasters where I first heard it!

Because I’m a poet, and I didn’t even realize it:

Please get a spoon and feed corgwn. (One spoon twixt an unknown number of corgwn, I know, it could be *disastrous* but that is a risk I am willing to make you take.) 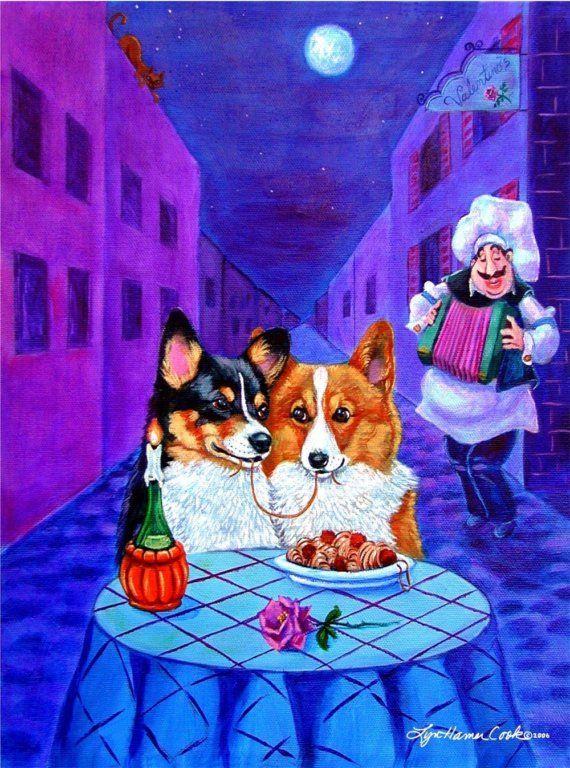 Also I feel like there should be a D&D spell called Boon of Corgwn but I should not continue to procrastinate to the extent of making up magical items to summon a hoard of corgwn… must.. resist urge..

Furthermore, and extremely awesomely, if you type the proper IPA (*not a beer*) spelling

into this extremely cool text-to-speach IPA tool, you can hear it being said! I may or may not have tried a bunch of accents XD

Bonus pics of Corgwn for all who made it to the end! 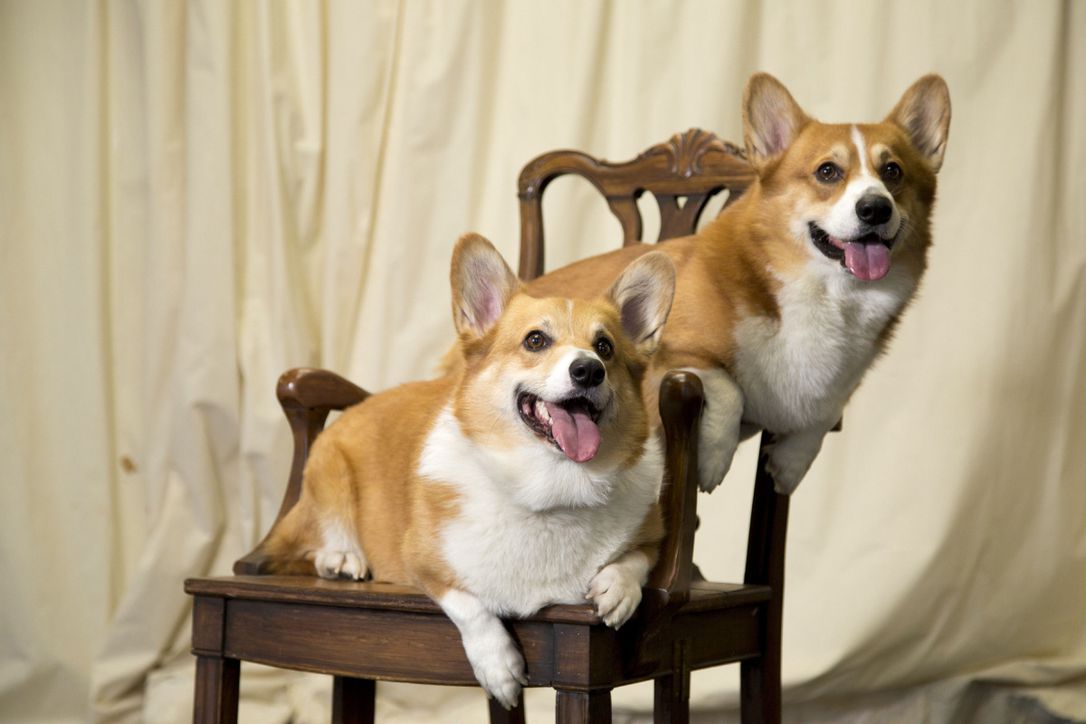 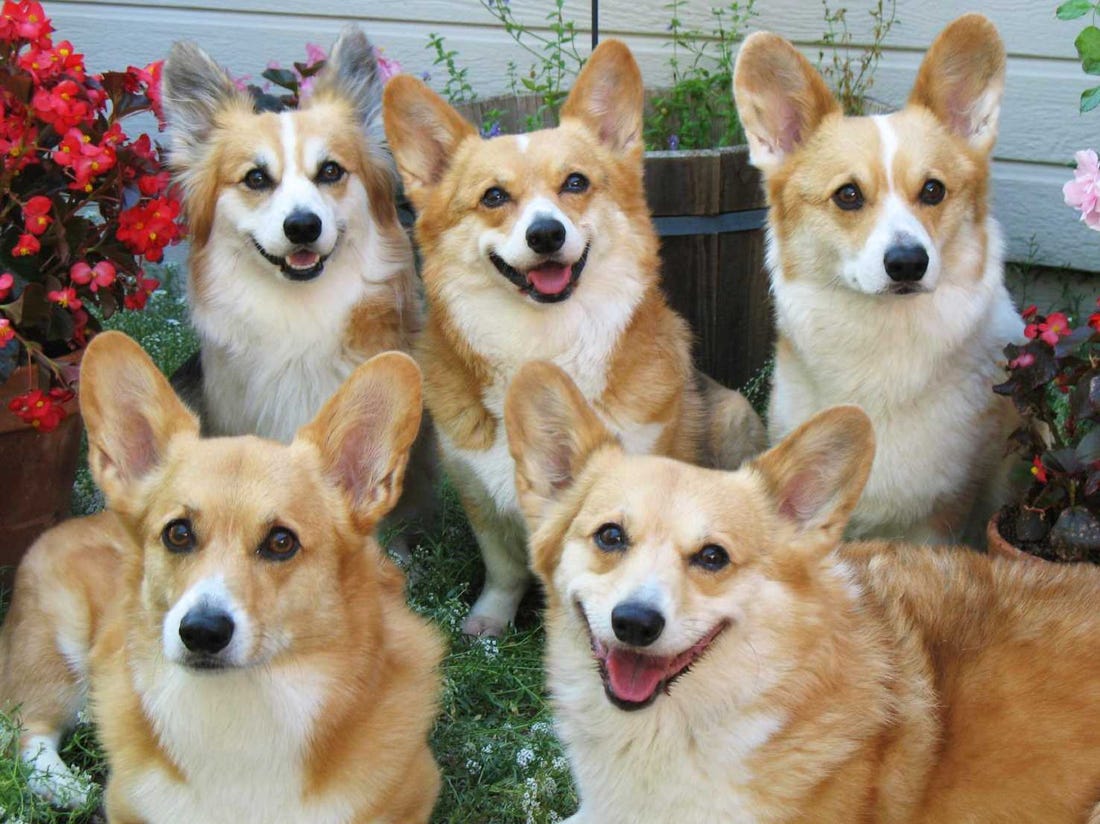 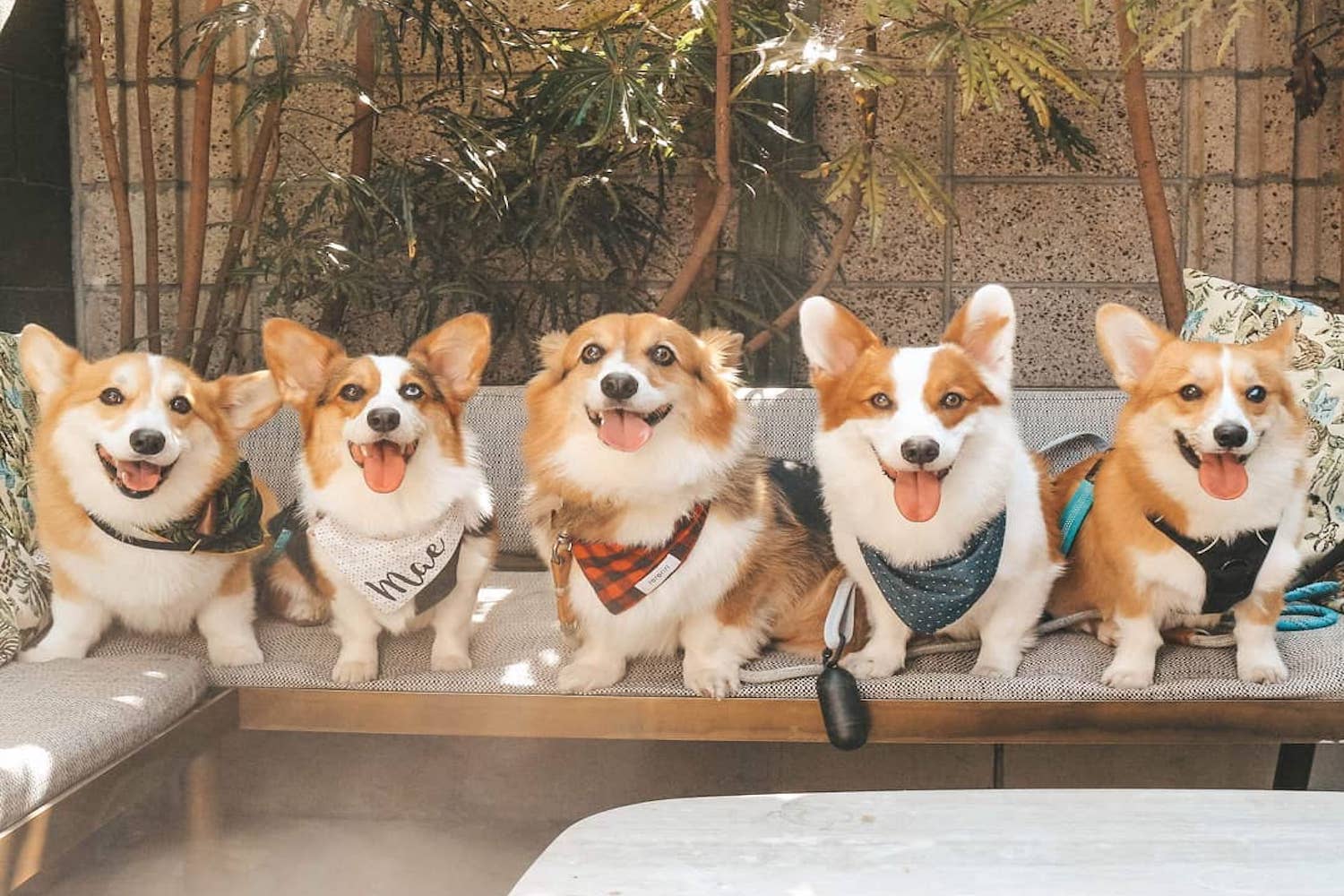 Worth noting: I made a post over in /r/Wales before I felt confident enough to finalize my post… I am not Welsh, and, with any culturally sensitive issue, I would feel wrong to speak without first listening. So I asked, and they answered, much to my gratitude.

As ever, thanks for reading! 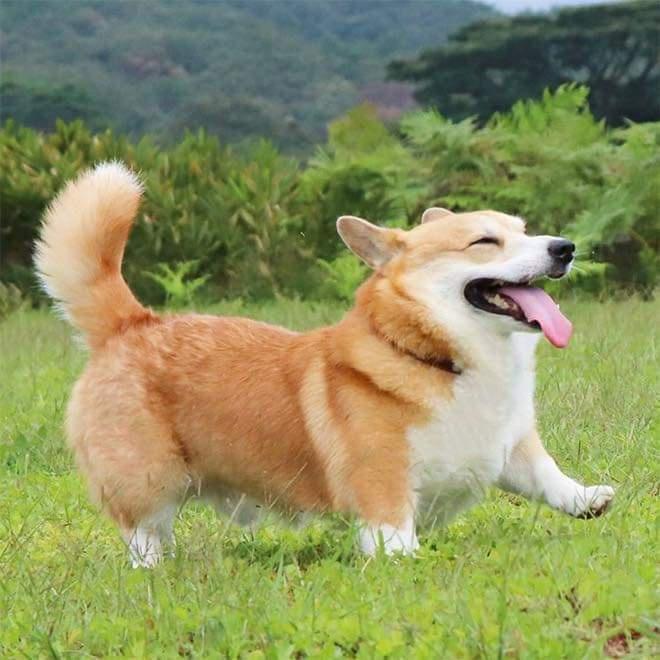 Source. I so enjoy putting these together! I ended up learning a lot, and hope you did too.

If you’d like to see more awwducational posts like this that I’ve done (much less etymology, more so animal facts), have a look at the following:

And if, for some regretable reason, you like my sense of humour, you can follow me on reddit here to get a steady stream of truly awful jokes, OC memes, and other nonsense in your general direction.